This fiddle came in a package deal from a collector in Simsbury Connecticut.  It was so badly damaged and abused I nearly hung it on the wall for permanent collection of dust.  Here are the chronological images over ten weeks.  As you can see, it was a lot of “back to the table” for this old survivor  …  more text to follow this decade.

click image to open full size in a new window

This violin was a “trade” instrument bought by someone who played in theater pits and gazebos and taverns. Before radio, live music was the standard. And this violin was played until it was falling apart! At some point she was roughly pressed into left-handed action, its pegs rudely swapped into different holes. A proficient yet indifferent repair in the ’20s may have blunted the tone, as we shall see . . . 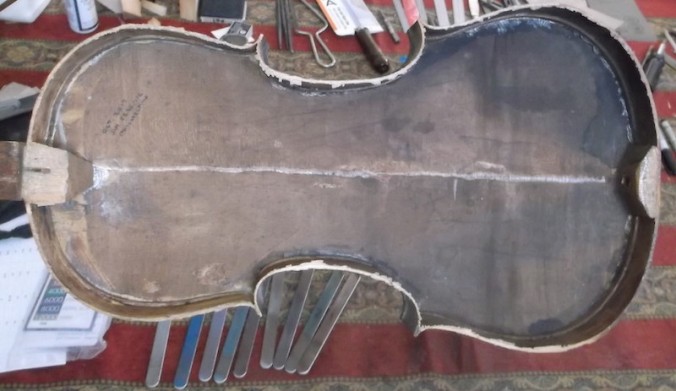 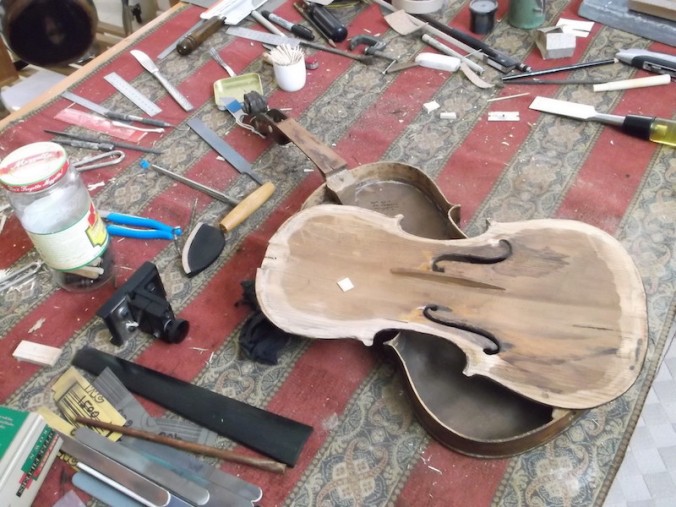 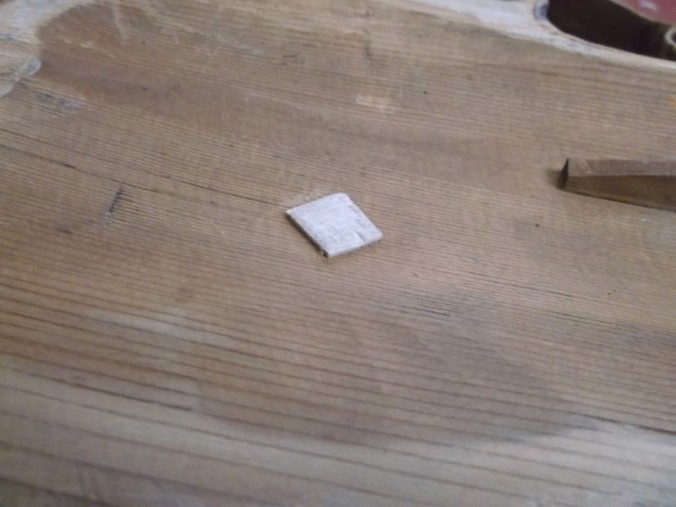 Here you can see we’ve bushed the peg holes and are touching up the peg box. 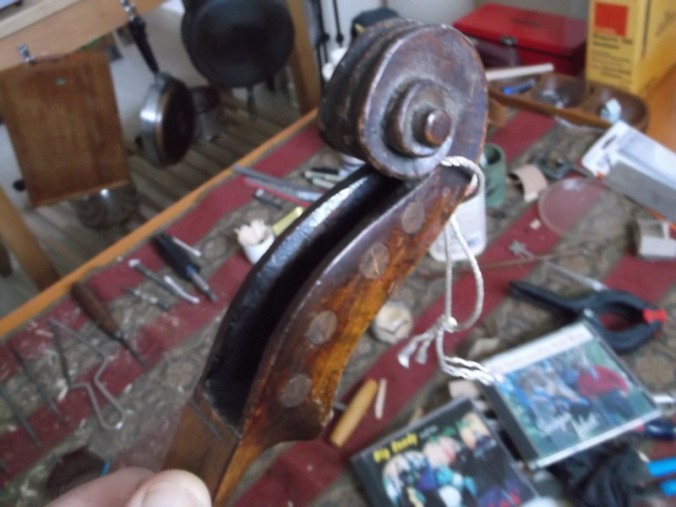 We think it is done . . . but it is not.  The tone?  Regrettable.  I’m advised to sand her to wood and practice lacquering.  But I have an idea.  See how shiny it is in these two following images?

Back for round three. Improve the pegs, nut, fingerboard, action. Possibly the sound post and bridge. But the real dirt? In removing impacted dirt from the finish, I discover someone brushed a clear spirit lacquer over the whole thing, probably during repairs in the 1920s. So I aggressively remove this layer of finish, to get down to the original varnish of the late 1800s.

Voilà! Back to a natural look. Like my favorite jeans. The tone? You’re transported to an 1890s music hall. An 1880s tavern. Back when a person could play for their bread and beans, 50 hours a week. 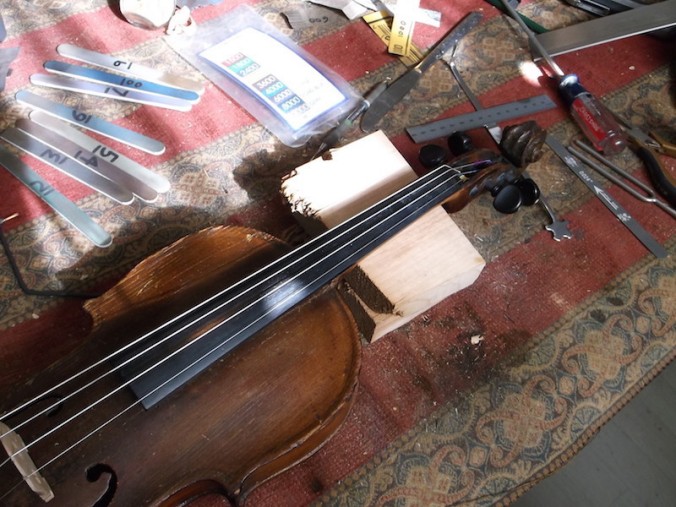 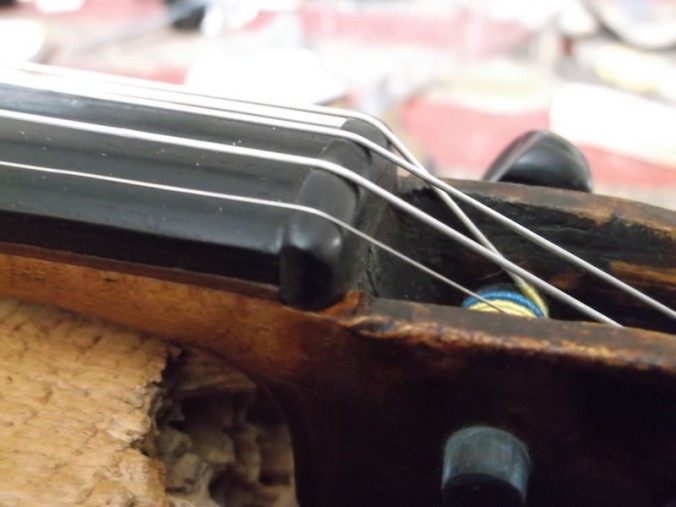 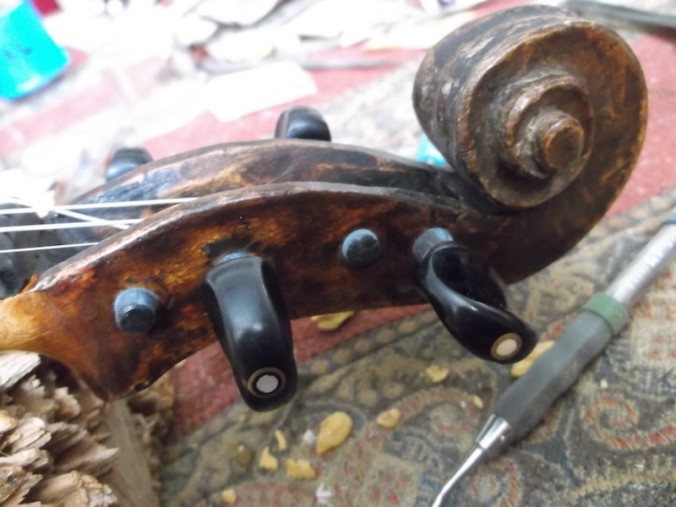 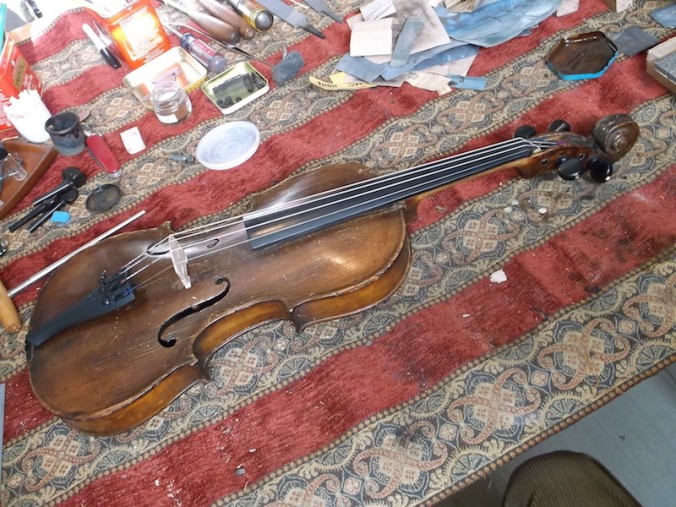 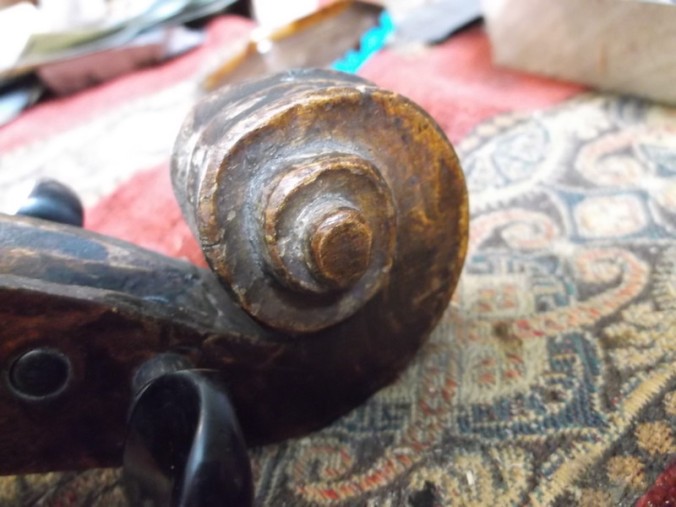 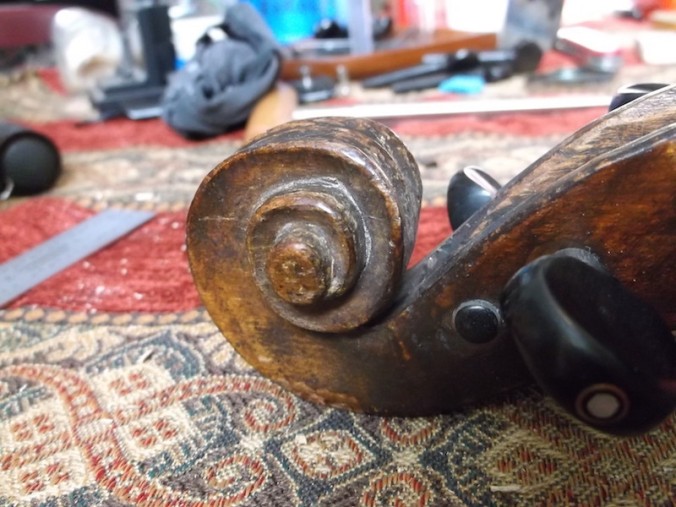 This gem of Americana is in the instrument collection of a prominent rebuilder of guitars. We are flattered to be so included!